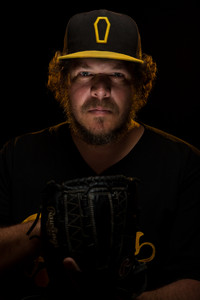 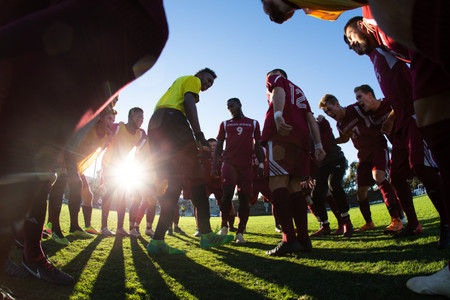 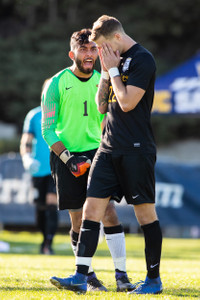 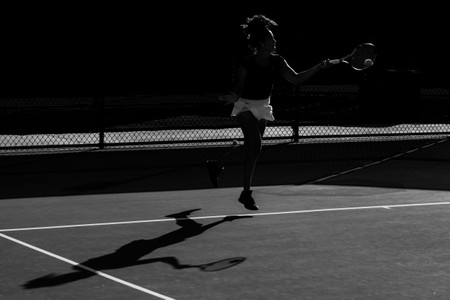 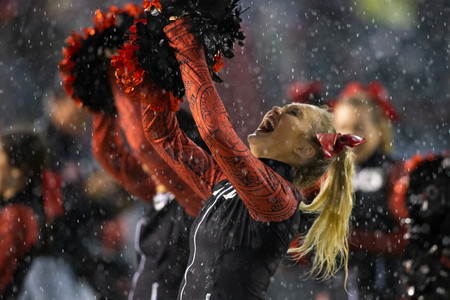 It Never Rains In Paradise

A San Diego State cheerleader can't contain her joy and laughter as it starts to rain heavily during pre-game festivities at SDCCU Stadium. 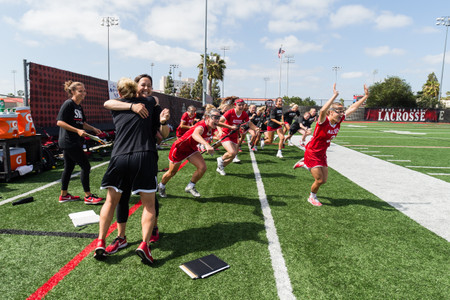 The San Diego State women's lacrosse team took on UC Davis for the MPSF Championship at the Aztec Lacrosse field and won 11-10 to claim their first MPSF conference title. 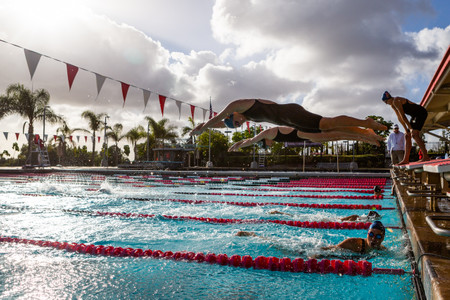 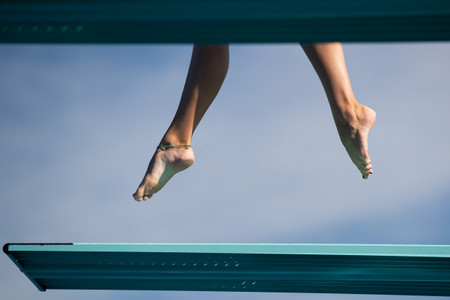 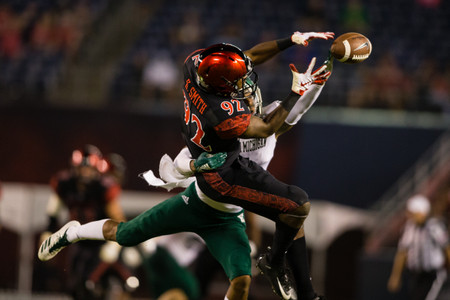 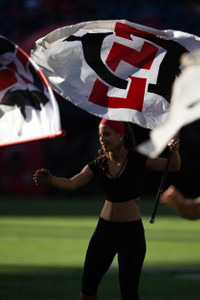 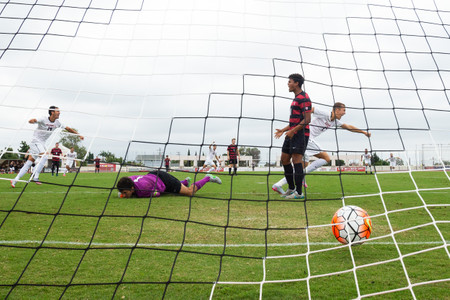 San Diego State mens soccer took on the Stanford Cardinals at the Sportsdeck on the campus of SDSU and lost 3-1. 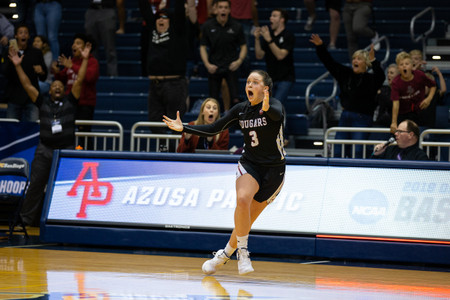 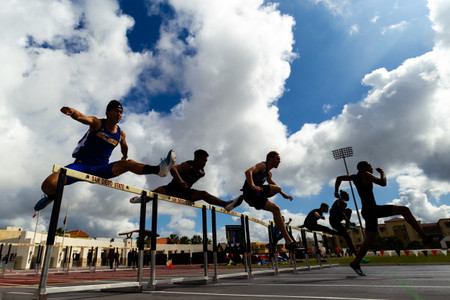 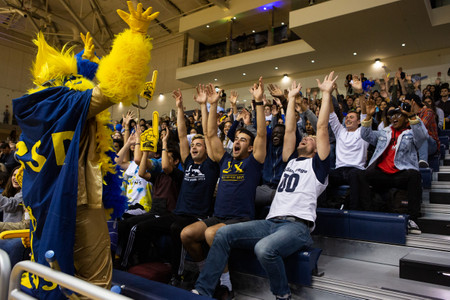 Students interact with a fan who is decked out in a blue and gold costume during a timeout of a basketball game at Rimac Arena. 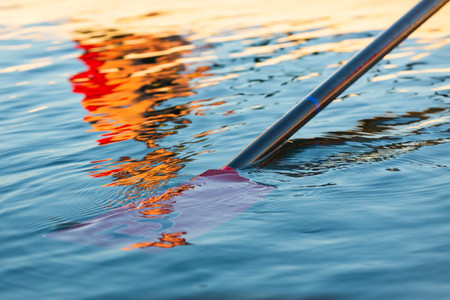 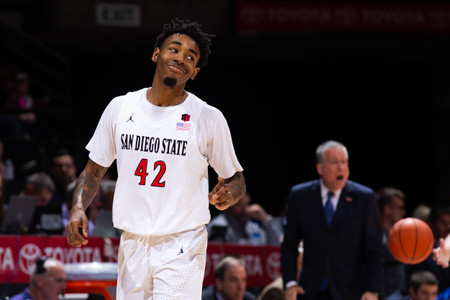 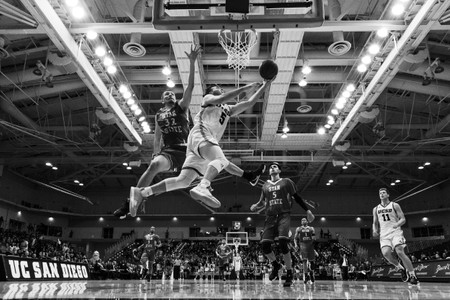 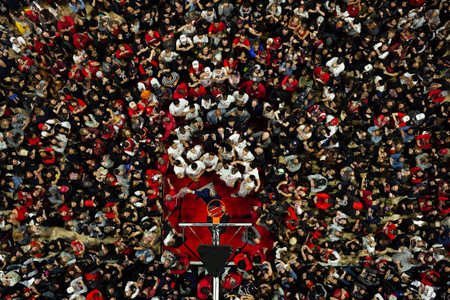 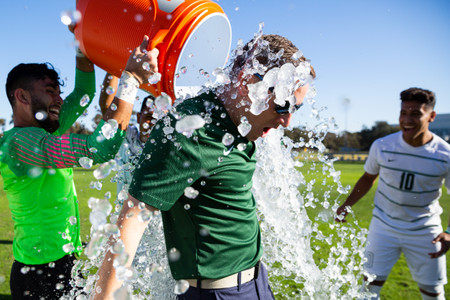 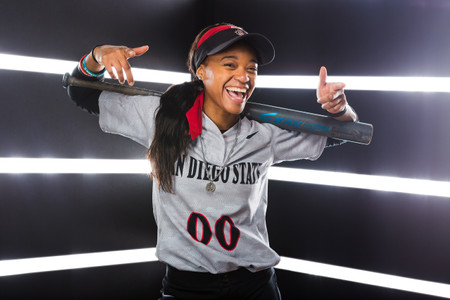